Cutting boards are handy kitchen tools. A good cutting board will help you cut all kinds of ingredients such as meat, fish, vegetables, and fruits. There are many types of wood used to make cutting boards and one of these is mahogany.

Is mahogany good for a cutting board or would you rather use other woods for this task? Let’s find out in this mahogany wood guide.

Mahogany wood is strong with a good compressive or bending strength making it great for cutting boards. This wood is hardwood but despite this, it is softer compared to other hardwood species used as cutting boards like maple.

The cutting board surface becomes very vulnerable to marring and scratches because of repeated movement of knife edges. Because of the visual marks on the surface, many woodworkers and kitchen workers don’t use mahogany cutting boards.

Another characteristic of mahogany is that it has an open grain. This means that the pores structure is bigger that even dirt and dust become trapped in mahogany boards. There is also a possibility that bacteria and other microorganisms can become trapped inside these pores. This can lead to severe health issues.

Mahogany is a wood with a straight grain and reddish-brown surface with three tropical hardwood species. It belongs to the genus Swietenia which is native to the Americas. Mahogany is commercially available to produce a variety of goods because of its outstanding color and durable quality.

Mahogany is found in the Americas however; it is also grown in plantations found across Oceania and Asia. The selling or trade of mahogany started in the 16th century and became very successful during the 17 to 18th centuries. There are places where mahogany has become an invasive wood species.

The different mahogany species growing in the Americas are very distinct. The species called S. mahagoni is native to West Indian islands from the Bahamas to the Florida Keys and areas in Florida.

Another species called S. humilis thrives in the dry areas in the Pacific areas of Central America from the areas in south-western Mexico to the forests of Costa Rica.

The S. macrophylla in Central America grows in the Yucatan forests southwards and the areas in South America. Mahogany forests can be seen growing as far as Peru, Bolivia, and Brazil.

The name mahogany was first used in the islands of the West Indies, areas under British control. No one exactly knows where the term started but many believe that the word mahogany is from “moganwo” from the Yoruba and Ibo from West Africa.

The following are the most popular species of mahogany wood available in most lumberyards and dealers.

Honduran mahogany has many names but this is usually referred to as genuine mahogany. This distinguishes Honduran mahogany from other species found in Asia. Another very related mahogany species is the Khaya species growing in Africa.

Cuban mahogany is the most revered furniture and cabinet wood used around the world. This is extensively used in furniture making in Europe and the United States. There was a time that Cuban mahogany was harvested to point of extinction.

Cuba stopped all exporting of Cuban mahogany in 1946 because of over-harvesting and because of the increased demand. The low supply also prompted bans in the Caribbean. Cuban Mahogany is easy to work with, beautiful, and stable. These qualities have made it very popular in making furniture.

Although Santos mahogany is called mahogany, it is not related to genuine mahogany and also to the Meliaceae family. Santos mahogany has the appearance of true mahogany but the lumber is denser, stronger, and harder making it complicated to work. The Santos mahogany trees are also called Balsamo and are useful in producing fragrances with Balsam of Peru.

The Khaya genus has several species which are native to Africa. This mahogany species lacks the red-brown hue and is not as durable as those belonging to the Swietenia genus.

Mountain mahogany must not be confused with genuine mahogany that belongs to the Swietenia genus. This is an unrelated species to mahogany and is very dense. It is one of the densest trees that are found in the United States.

Although swamp mahogany is called mahogany, it is related to the Eucalyptus species like the Blue Gum and Brown Mallee. This tree is native to Eastern Australia and is known for its density and strength.

Philippine mahogany is also called lauan. This is a loose term for a large variety of the Shorea genus grown in Southeast Asian countries like the Philippines, Malaysia, and Singapore.

How to Care for Mahogany Cutting Boards?

Mahogany cutting boards need a little more TLC. Although mahogany wood is softer than other woods, adding a protective finish to cutting boards can extend its life. To clean and care for mahogany boards as well as other types of wooden cutting boards, consider the following:

Be sure to wash your cutting boards as soon as you’re done. This is because food, liquid, and smells will penetrate the pores of the wood. If you overlook this, the smell and taste of previously cooked food can transfer to the food you’re currently cutting and ruin its taste and smell.

Always sanitize wooden cutting boards after using them to cut raw meat. Don’t use harsh chemicals, you can use white vinegar or bleach and a water solution composed of 1 ½ teaspoon of bleach mixed with 4 cups of water.

Wooden boards can accumulate smells over time. You can remove the smell by rubbing a small piece of lemon over its surface. Let the lemon juice remain on the surface for about a minute and then wipe the board or rinse it completely.

Sometimes wooden cutting boards can accumulate stains after extensive use. To remove these stains, place the baking soda on it and rub it with a damp cloth. Once the stain has been removed, rinse the area with water to remove any excess baking soda.

How to Oil a Mahogany Cutting Board?

Applying oil on a wooden cutting board is as important as adding conditioner to your hair. It helps protect the board from moisture and odors from food. Also, well-oiled cutting boards are protected against microorganisms like bacteria and fungi.

Oiled mahogany cutting boards are protected against splitting and warping. When a wood warps, the surface becomes unstable and thus, it would be dangerous to chop on it. Also, the small splits and cuts can cause moisture to seep in together with food particles which can harbor bacteria.

The best oil for cutting boards is mineral oils or beeswax oil. These natural oils will keep your board in good shape even after many years of use. Do not use cooking oils such as vegetable oil, animal oil, coconut oil, or palm oil as these can become rancid over time. Rancid oil is smelly and will stick to the surface of the cutting board.

Mahogany is good as a cutting board but it’s not the best kind. Mahogany is softer and less dense than other boards. It has large pores which can harbor food particles, dust, grime, and bacteria plus, the surface can accumulate marks and dents too.

But if you were to use mahogany wood as a cutting board, make sure to care for it and oil it to ensure good shape. There are many species and types of mahogany wood. Select one that will match your needs. 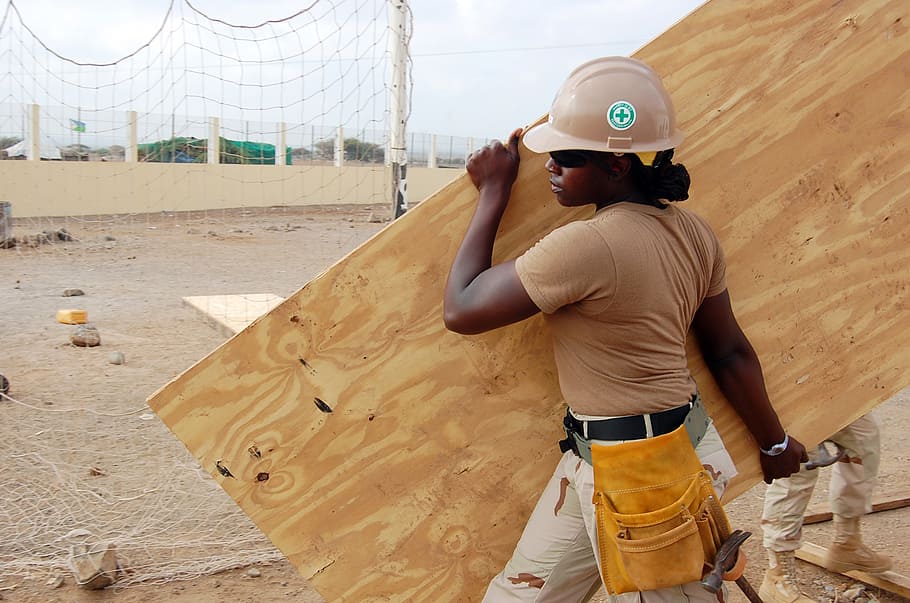 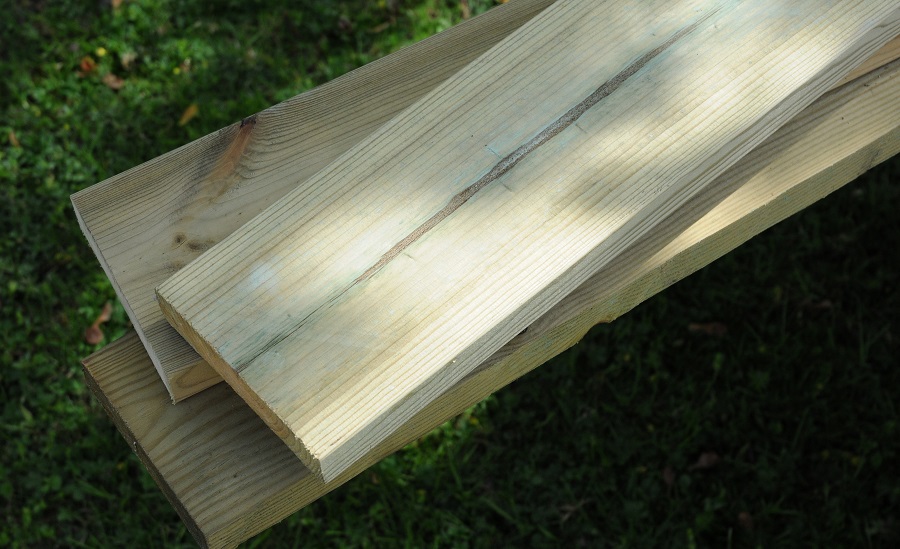 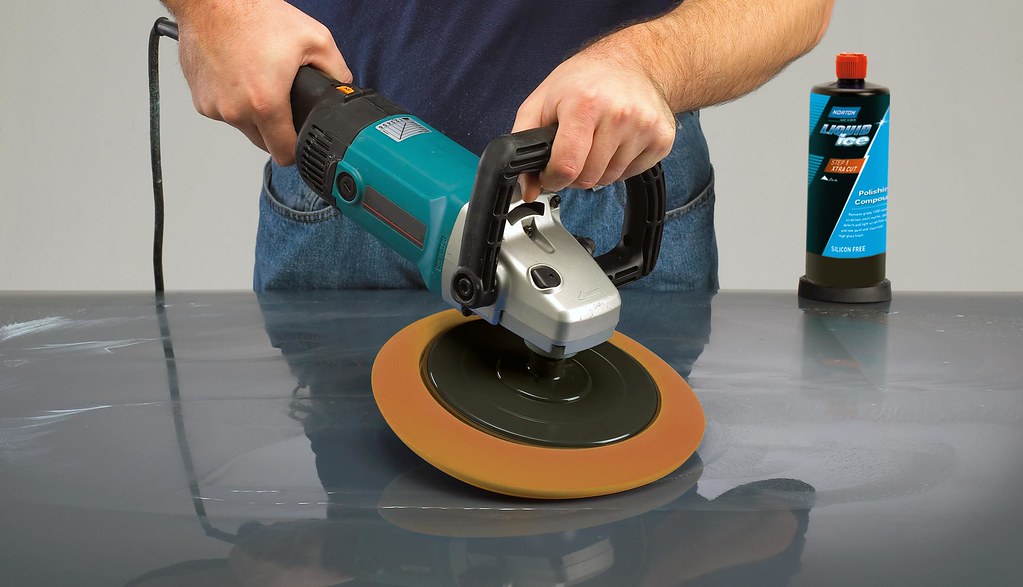